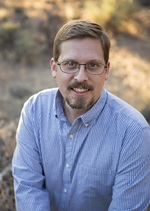 Dr. Bruce Aaron Webb went to be with the Lord on February 13, 2022, at age 44. Bruce was born to Gary and Beverly Webb in Longview, Washington on March 13, 1977. Bruce is survived by his wife, Divina; son, Wesley; step daughter Edra Ball; two brothers, David and Chad, David’s wife, Melissa and daughters Taylor and Samantha, Chad’s wife Katherine, son Garrett and daughters Sadie and Piper, as well as both his parents.

Bruce grew up in a small and rural area in Clatskanie, Oregon, where he enjoyed spending time outdoors in the peacefulness of the countryside as well as reading. He was a fan of professional basketball and played the sport all through high school.

After graduating from University of Portland, Bruce moved to Tucson, Arizona to begin his career in engineering, a field that would later lead him to Midlothian, Texas. Outside of work, he enjoyed travel, time at the beach, motorcycle riding, wine tasting and being with family, as well as tinkering with mechanical and electrical projects. He was also a strong proponent of higher education, having recently received his Doctorate degree in Electrical and Computer Engineering in May of 2021, something he had worked hard to attain since 2012 while raising his family, having been inspired by his late grandfather Dr. Dean Webb.

To send flowers to the family or plant a tree in memory of Bruce Aaron Webb, please visit our Heartfelt Sympathies Store.