To share your memory on the wall of Charles Chapman, sign in using one of the following options:

Charles and Betty were high school sweethearts. He served as a medic in the United States Army for 3 years during the Vietnam War and earned the rank of E5 in the 25th Infantry Division. He received a Purple Heart, Soldiers Medal of Valor, Vietnam Service Medal, Vietnam Campaign Medal, Device Service Medal, Vietnamize Cross of Gallantry, National Defense Service Medal,Combat medical badge, Vietnam Service medal, Bronze Service Stars Army Commendation Medal... While in the service he also served as a Medic for the Cavalry Unit at Fort Carson, Colorado Springs, Colorado.

Charles never met a stranger whether it be a person or animal. He brought home numerous animals such as racoons and armadillos to enjoy with his family. He loved fishing in his spare time, even after retirement and would spend all weekend on the water fishing for bass. We are blessed to know that Charles is now at peace in the loving arms of our Lord and Savior.

To send flowers to the family or plant a tree in memory of Charles Chapman, please visit our Heartfelt Sympathies Store.

We encourage you to share your most beloved memories of Charles here, so that the family and other loved ones can always see it. You can upload cherished photographs, or share your favorite stories, and can even comment on those shared by others.

Jeanne and Jerry Robbins, Sandi & Stan Tidwell, and other have sent flowers to the family of Charles Chapman.
Show you care by sending flowers

Posted Apr 25, 2021 at 09:08am
Please accept our most heartfelt sympathies for your loss... Our thoughts are with you and your family during this difficult time.

Flowers were purchased for the family of Charles Chapman. Send Flowers

Posted Apr 23, 2021 at 03:37pm
Please accept our most heartfelt sympathies for your loss... Our thoughts are with you and your family during this difficult time.

Jeanne and Jerry Robbins purchased flowers and planted a memorial tree for the family of Charles Chapman. Send Flowers

Posted Apr 23, 2021 at 12:34pm
I didn't know Charles, but he was a Brother. I too served in the 25th ID and those combat medics are true American heros. Rest in eternal peace in heaven, because you served your time in
Comment Share
Share via: 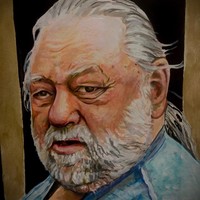