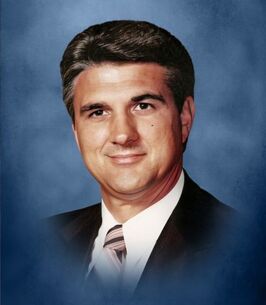 Charles was born March, 1940 in Ardmore, Oklahoma and was a lifelong OU fan.He lived 82 years, 50 of those years he served as a pastor in churches inOklahoma, Colorado, Ohio, and Texas. Charles was a longtime resident of Cedar Hill, TX and was a member of Hillcrest Baptist Church. He was married to his wife, Janie, for 64 years. His ministry and life were a testament of kindness, love and loyalty to family, friends, and church members alike.

Charles’ Heaven Homecoming was on September 14, 2022 at 4:30 in the afternoon after a long day of breathing problems. He had vascular dementia and in the last few weeks did not talk very much. A few weeks before he passed, he
indicated to Brad that he was thinking of Heaven. Brad told him, “Pop, you’re going to get a new name in glory. That’s going to be pretty awesome! If you get to pick it, you should go with ‘Chuck’ because that nickname never stuck to you
here!” He really seemed to like that.

In leu of flowers, the family would ask you to donate to The Bridges Family Resource Center in Cedar Hill, TX.
This is a non-profit organization who provides health, education, hope, and housing for women in crisis. Donate to bridgescanhelp.org.