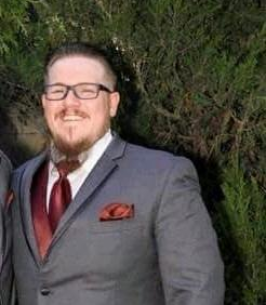 Cody J McLees passed away unexpectedly in the early morning of March 27th, 2022 at 31 years young. Born on April 14, 1990, Cody was raised in Paramount, California. He played Football and Wrestling at Paramount Highschool, where he graduated before going into the Navy.

While serving, Cody learned of his profound love for the Ocean and for the Country. At 22, he met his wife, Megan and her daughter Annyka, who Cody went on to raise as his own.

Together, they had 3 more children and moved to Texas to pursue their dreams. Cody’s love for his family surmounts everything in his life; though he could be often found lost in conversation about Football, UFC, or Cooking. His devotion to his children was unwavering and steadfast – he taught them humility, kindness, ingenuity, and how to love. He was known to be the anchor in the family, and could always be depended on to support those around him whom he loved.

Cody is survived by his wife Megan, 4 children: Annyka, Kalani, Chloe, and Brennan; 3 sisters and 2 brothers.

He is predeceased by his father, James; his brother, Shane; and his grandmother who raised him, Nancy.

He will be missed beyond imagination by all who knew him.