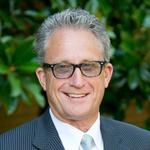 Douglas Earl Kuykendall was born on June 14, 1949 to Isaac Lee and Minnie Bilton Kuykendall. The lifelong Midlothian resident passed away on January 18, 2021. He married his high school sweetheart, Sheridith Curtis, and they were happily married for over 51 years. Basketball and music have always been passions for Doug, starting in high school as both the band president and a star on the basketball court. His love of basketball continued as he was able to watch both of his sons play basketball in high school and college, and seldom missed a game. That support continued as he watched his youngest son, Connor, coach college basketball. He was well known by his friends and family as someone who loved music, whether it be road trips to Willie’s picnic in his younger days, being the “elder” at a show at the Kessler Theater, or just listening to his vast library of music at his barn feeding the cows. If you couldn’t find Doug at a basketball game or a concert he was in a pasture or barn somewhere, likely with his brother Sid. Their interest in cattle grew to a passion over the years as they started the “Star K Cattle Company” with their brothers who still lived in Texas. Doug and Sid were the only ones crazy enough to stick it out. Eventually they had success in the show barn, and were very active in the local FFA and 4H community. Doug graduated from the University of Texas at Arlington, and earned his Master’s degree from the University of North Texas. He began his 40 year career at UTA in 1973 as the Assistant Director of Intramural Sports, and retired as an Assistant Vice President for Student Affairs. From special events he created, like Bed races and Oozeball, to facilities built, like the Maverick Activities Center, his professional legacy continues to be felt today. Upon his retirement, the very next person to hold his title of Director of Campus Recreation was his oldest son, Dax. Doing the right thing, being charitable, and helping the underrepresented were very important to him. Donating time and money to causes like the Ellis County Youth Expo, school book fairs, and helping start a scholarship fund in memoriam of his brother “Shorty”, were just some of the good works that will remain after he has gone. Living through the Civil Rights Movement shaped the things that were important to him, and the example he was to so many. Fittingly, he passed away on Martin Luther King Day, a day which was very meaningful to him. Doug was a proud and loving grandfather to his four grandchildren. Spending time with the grandkids was one of the greatest highlights of his life. From teaching them all his famous one-liners, to immediately complying with every request they ever made, or gloating he was the champion of Go Fish- he was devoted to the four of them. They will be comforted for the rest of their lives knowing their Papa loved them fully and completely. Doug is survived by his wife Sheridith; his sons, Dax and Connor; his daughters-in-law, Jessica and Stephanie; and his grandchildren, Harlow (10), Isaac (8), Emery (4), and Hudson (1); his siblings, Milton, Carolyn (and husband Wayne), Donna (and husband Melvin), Sid (and wife Lynn), David (and wife Cathy), numerous in-laws, nieces, and nephews. He was preceded in death by his parents, Isaac and Minnie; and his siblings Mickey and Shorty. The Kuykendall family appreciates your support and love during this difficult time. In lieu of flowers, please consider making a donation to one of these causes impactful in the community and important to Doug: Online: The UTA Student Emergency Assistance Fund: https://securelb.imodules.com/s/1909/giving/19/form.aspx?sid=1909&gid=2&pgid=919&cid=1932 Ellis County Youth Expo Scholarship Fund: https://www.ecyexpo.com/p/getinvolved/make-an-online-payment-to-ecye By mail: UT Arlington, University Advancement UTA Student Emergency Assistance Fund, Doug Kuykendall Tribute Box 19198 Arlington, TX 76019-0198 Ellis County Youth Expo Scholarship Fund, Doug Kuykendall Tribute PO Box 91 Waxahachie, TX 75168 We welcome all to the Visitation that will be held on Thursday, January 21, 2021 at 5:00PM at Midlothian Funeral Home. A Private Family Service will be held at a later date.