To share your memory on the wall of Edwin Bateman, sign in using one of the following options:

To send flowers to the family or plant a tree in memory of Edwin Lee Bateman, please visit our Heartfelt Sympathies Store.

We encourage you to share your most beloved memories of Edwin here, so that the family and other loved ones can always see it. You can upload cherished photographs, or share your favorite stories, and can even comment on those shared by others.

Posted Feb 01, 2021 at 12:00am
Ed meant so very much to the Midlothian Rotary Club. I felt that he gave our club a lift when it really needed it. Always pleasant and always positive he was a inspiration to all of us. It was hard to believe that he was as active in the Lions Club and the American Legion as well. A true and humble servant. It was my honor to have worked with Ed. John Piper
Comment Share
Share via:
CJ

Posted Jan 31, 2021 at 12:00am
Teresa and family, I send my sincere condolences. Ed seemed like he lived his life to the fullest! May God wrap his arms around you and your son during this time.
Comment Share
Share via:
BK

Posted Jan 28, 2021 at 12:00am
Ed, Bobbie, "Scooter", George, and Patricia all lived across the street from me back in the late'40s-up until the mid '50s at which time my family moved closer to my dad's work. Scooter was my little buddy. At the time of those early years four or five years in age was a big gap so Scooter was in fact my little buddy along with George and Patricia was later on a wee one on the block. Somehow, unbeknown to me I later found out I was Scooter's "big guy on the block" and he liked everything I did except when I got in trouble. You don't realize how much you love someone until they are out of sight and mind and I lost contact with Scooter when we moved away. Little did I know he started to Kimball H.S. the same year as me except he was in a lower grade and I never knew he was there until...a five year class reunion. I saw his name badge and it said Edwin Bateman. I covered my badge up and stepped in front of him and I said, do you know me? He said no I'm afraid I don't recognize you. I said I know your nick name and he got a big grin on his face and said....Benny Kirtley! We later moved to Coleman, Tx and Scooter and his son came for a visit. I'm so honored to have been raised across the street from him and through the medium of FB we've stayed in touch. He is one I'll enjoy seeing again after I see my Savoir face to face. And now the cycles of life keep on turning, my prayers for the family in this huge loss to everyone he touched.
Comment Share
Share via:
MH

Posted Jan 27, 2021 at 12:00am
Teresa, My deepest condolences to you and your family for your loss. Praying for God's blessing and comfort for you and the entire family during this time. Haven't ever met Edwin but reading about his life, it's evident that he is a treasure of a person. As a young father, the beautiful accounting of Edwin's life serves is a great example for how to leave a positive and lasting legacy for one's family and those individuals we encounter each day. Thank you for sharing the memory of his wonderful life. Lawrence Agu, III
Comment Share
Share via: 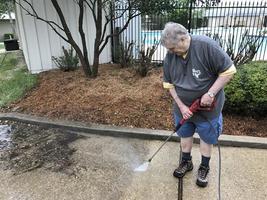 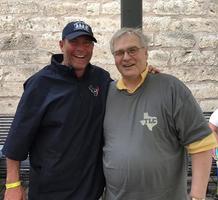 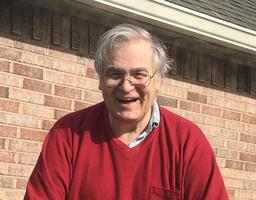