To share your memory on the wall of George Carpenter, sign in using one of the following options:

To send flowers to the family or plant a tree in memory of George Michael Carpenter, please visit our Heartfelt Sympathies Store.

We encourage you to share your most beloved memories of George here, so that the family and other loved ones can always see it. You can upload cherished photographs, or share your favorite stories, and can even comment on those shared by others.

Guaranteed hand delivery by a local florist
A

Posted Feb 04, 2021 at 12:00am
Deepest sympathy to George's family. George always had a smile and positive outlook - he will be missed.
Comment Share
Share via:
SS

Posted Feb 01, 2021 at 12:00am
Heartbreaking news. George was one of my first hires at TMW Systems. He was highly-regarded as an industry professional, of course, but even more so as a wonderful person, a trusted colleague, and a true friend. I had just traded messages with him in December. Wow. My deepest condolences to his family, friends, and all those that were blessed and privileged to have known and worked with him.
Comment Share
Share via:
DL

Posted Jan 09, 2021 at 12:00am
Our condolences go out to the entire family. Worked with George a lot in my last position with AAFES. He always was looking for better way to improve LG operations and always was positive and professional. Another person we lost entirely too early due to this virus.
Comment Share
Share via:
LD 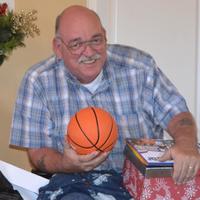