To share your memory on the wall of Gloria Goth, sign in using one of the following options:

There are no events scheduled. You can still show your support by sending flowers directly to the family, or planting a memorial tree in memory of Gloria Edith Goth.
Plant a Tree

We encourage you to share your most beloved memories of Gloria here, so that the family and other loved ones can always see it. You can upload cherished photographs, or share your favorite stories, and can even comment on those shared by others.

Posted Dec 22, 2020 at 12:00am
I am a coworker of Andy's and we also went to UTA together. I met Gloria several times over the years during events at UTA when she came with Andy. She was a very nice woman and her interest, love and pride in her son was always on full display. I'm so sorry for your loss and will be praying for your entire family. God's Blessings to you all during this very trying time. - Julia Drummond
Comment Share
Share via:
JS

Posted Dec 18, 2020 at 12:00am
I loved my Aunt Gloria. I will never forget visiting Aunt Gloria, Uncle Dick and my cousins Janet, Mark and Danny when they lived in California. Aunt Gloria made fresh, delicious donuts from scratch. I must have eaten a dozen donuts that day!!! Aunt Gloria was a true servant of God. Her kind and loving demeanor could put peace in anyone’s heart. Though I didn’t see her often, I have wonderful memories of her. She was a gift from God and a blessing to many. Miss you! Jean Stone
Comment Share
Share via:
SF

Posted Dec 17, 2020 at 12:00am
Gloria was a faithful friend and co-worker. She will be remembered for her love, kindness and zest for life. I always admired her devotion to our Lord. Shirley Fiala (MN)
Comment Share
Share via:
MK 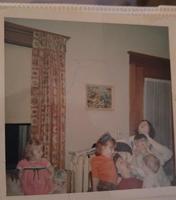 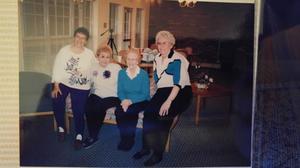 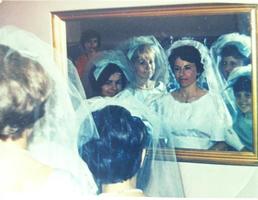 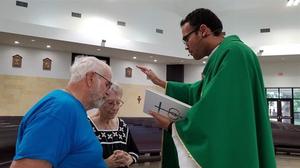