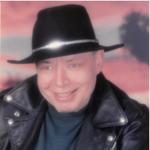 Jan Stanley Artkop, passed from this life into the arms of Our Heavenly Father on February 1, 2021. Loving brother, son, uncle and friend to everyone he met, passed at the age of 80 after a long illness. He sustained a fall at age two and suffered brain damage, so he lived as an eight year old. He enjoyed fishing, playing baseball, camping, playing card games, dancing and babysitting his nieces and nephews and grand nieces and grandnephews. He loved a party and never met a stranger. He was born January 7, 1941 to Zygmont and Irene (Lewendowski) Artkop in Detroit, Michigan. He lived with his parents and brother Greg and sister Betty (Elizabeth) and attended special education classes , He was a member of St. Agatha Catholic Church, Redford, Twp., Michigan. After his parents died he lived with his sister Betty and her husband Dale and their family in Redford and South Lyon, Michigan and with Greg and Ann Artkop in Midlothian, Texas. Eventually he wanted to be more independent and lived with Lance and Pam Shaw in Italy ,Texas, He enjoyed fishing and camping with them. Jan was also a First Degree Member of the Knights of Columbus. Ultimately he moved to St Elizabeth Nursing Center in Waco, Texas, and has been in the St. Elizabeth/ St. Catherine Nursing Home for 27 years where he received excellent care.

He is proceeded in death by his father, Zygmont, his mother Irene and sister Elizabeth (Betty) Artkop Jackson.

A funeral Mass is planned for April 10th at St. Joseph Catholic Church in Waxahachie, with interment in Lewiston, Michigan.