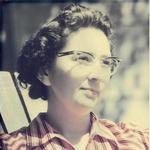 Janet Adrienne Denny, nee Weeden, joined the Church Triumphant on Monday morning, November 23, 2020. She was born to Georgina Rigby Weeden and Norman E. Weeden on June 9, 1936, in a tarpaper shack with a dirt floor and kerosene lights in New Egypt, NJ. Janet attended local schools and the Methodist and Presbyterian churches in New Egypt. She graduated from Upeer Freehold Township HS in 1955 and immediately went to work at the New Egypt bank as a bookkeeper in the days when checks were processed by hand and computers were simple adding machines. She taught Sunday school in Plumsted Presbyterian church for many years. Living near Lakehurst Naval air station and Fort Dix, in 1960 she landed a sailor as he was returning home from a Mediterranean deployment. They were married on June 2, 1962 at Plumsted Presbyterian church and after a honeymoon in Chicago paid for by her husband’s employer, they settled in Edison, NJ. They joined Community Presbyterian Church. Their daughter, Adrienne was born in October 1968. In 1977 they moved to East Brunswick, NJ and maintained membership in CPC. Janet was ordained a Deacon in the Presbyterian church and later, an Elder. In 1990 the family moved to Arlington, Texas where Janet and Tom joined Grace Presbyterian Church. Again, Janet taught Sunday School and predicted that a member of her 1styear class would enter the ministry. After joining Kiwanis, Janet offered a prayer suggestion to the adult SS class she was attending that the homeless high school students in Arlington might be fed and housed appropriately. The idea was picked up and eventually became, “NEW DAY.” Janet helped with communion preparations, and wrote greeting cards from the church to many members. She will be greatly missed by all who loved her, especially her husband, Tom, daughter Adrienne, son-in-law Patrick, and grandchildren Margaret, Michelle and Patrick, jr. A memorial service is being planned for the end of January to be held via Zoom to eliminate the need for travel to Texas.