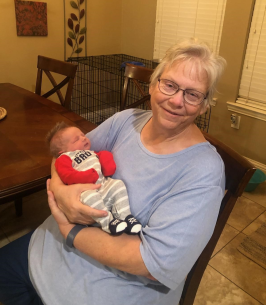 Janet K. (Barton) Thompson, 68, of Waxahachie, passed away Friday, July 8, 2022. Janet was born August 23, 1953 in St. Joseph, Missouri; daughter of Edgar and Marjorie Barton (Jones). She graduated from high school in St. Joseph, Missouri and got her Bachelor’s in Business at Washburn University in Topeka, Kansas. Janet worked for Burlington Northern Santa Fe in Topeka, Ks and Ft. Worth, Tx and retired in 2016. She enjoyed spending time with her grandchildren and attending their many sports and school activities. Her highlight was her many visits from her son. Janet loved to knit and quilt and made many things for her children, grandchildren, and community.

She was preceded in death by her parents.