To share your memory on the wall of Leo Sulak, sign in using one of the following options:

To send flowers to the family or plant a tree in memory of Leo A "Junior" Sulak, please visit our Heartfelt Sympathies Store.

We encourage you to share your most beloved memories of Leo here, so that the family and other loved ones can always see it. You can upload cherished photographs, or share your favorite stories, and can even comment on those shared by others.

Posted Feb 13, 2021 at 12:00am
On any given day, I had the comfort of knowing my Uncle Jr. was just around the block, literally, while growing up in DeSoto, Texas. He always was friendly, even-tempered, and loved his family. I also felt like he was a celebrity, who ran his very own restaurant! I mean everybody in town would come from miles to Jr.'s because it was more than the food: his special touch. We had Easter Egg hunts, Anniversary celebrations – but never did I really think we’d celebrate the end of his life on earth at famous Jr.’s BBQ. When I had the opportunity to be interviewed on Good Morning Texas about my actress experiences with TV/Film, I spoke about two businesses: Jr.'s BBQ and Dad's Best Marketing - and yeah you will find their names in the credits for the name idea Con Games for an independent film we made too. Uncle Jr. went with the flow, but don't cross him - no, he was wrangling meat and potatoes in there since I can remember! I mean that’s where I learned to use the drinking fountain, the soda machine, and where I came to understand what a chopped beef is – and you’ve never seen a bigger spud in all of your life. (Just give me an Amen if you've made his pudding at home, I know I have!). Loyal to his parents, his family, and his friends; Uncle Jr. exemplified contentment. Back on the street of my childhood home, I could hop on my yellow banana bike and probably get there in a minute flat. His wife always seems to glow like a star - a guiding force to his life for 44 years. We might jump on the trampoline, ride the 3-wheeler around the backyard (on a special track that Uncle Jr. made himself) or play an Atari game, like Frogger. Uncle Jr. taught me how to make a milkshake at his home – and when I spilled it on my shirt, he taught me how to wipe it off with a swipe of the finger without messing up my t-shirt. Oh, and if there was ever a man who was a good listener, it was Uncle Jr. It’s a good thing, too, because oh how my Dad can talk - I got that gene! They were like two peas in a pod and never too grown up to have some boyhood fun – be it on the golf course, more times than we can count – on the lake and getting our next dinner on ice – and during family gatherings with fireworks and always looking to serve others. But, one thing I learned, especially at his funeral is that he’s not just my Uncle Jr., but he made others feel like they were special to him - and showed everyone life is too short – so live it! I believe The Lord said this when he arrived at his mansion ready for him, according to Matthew 25:23 and take this to heart: "His master replied, 'Well done, good and faithful servant! You have been faithful with a few things; I will put you in charge of many things. Come and share your master's happiness!'
Comment Share
Share via:
RB

Posted Feb 05, 2021 at 12:00am
The crew minus one offer their sadness concerning the loss of Junior Sulack. He was a great friend, great businessman, father, and husband to his wife. A good Christian who showed his faith to all who came in contact with him. He will be missed by all but we know that he is with GOD waiting for each in our lives for our turn to join him in Heaven. Ron and Jeanie Bailey LaJune Autry and Gene Autry (Deceased a year ago.)
Comment Share
Share via:
DC 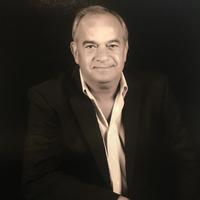 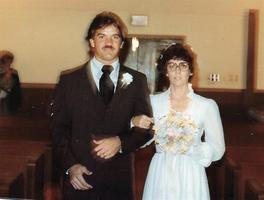 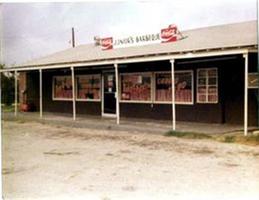