To share your memory on the wall of Margaret Shelley, sign in using one of the following options:

To send flowers to the family or plant a tree in memory of Margaret Nell Shelley, please visit our Heartfelt Sympathies Store.

We encourage you to share your most beloved memories of Margaret here, so that the family and other loved ones can always see it. You can upload cherished photographs, or share your favorite stories, and can even comment on those shared by others.

Guaranteed hand delivery by a local florist
B

Posted Jan 02, 2021 at 12:00am
I will miss my beautiful sister as long as I live on this earth. But will see her again when God calls me home. I have a lot of wonderful memories of her. We went on many vacations & road trips together. Love you more!! Sondra
Comment Share
Share via:
PC

Posted Dec 22, 2020 at 12:00am
So sorry for the loss of my Aunt Margaret. She was loved by a lot of people and will be missed very much. She had a wonderful life with my Uncle Neal they made a great couple.
Comment Share
Share via: 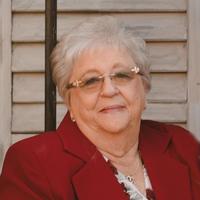