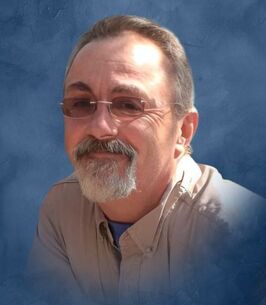 The eldest of seven, Pat was the adventurous older brother. In school years, he participated in Cub Scouts, 4-H, St. Joseph’s CYO, and Midlothian Panther Regiment. Later, he enjoyed hunting and going fishing at the Gulf of Mexico, filling his freezers with meat to last two lifetimes. He was a talented woodworker and generous in sharing his projects. Pat led a simple lifestyle enjoying spending time with his brothers and friends. He was patient and kind, rarely asking for help. His life was filled with joy. He persevered through the challenges of his life, working to provide for himself and his wife of many years. He will be greatly missed.

He is survived by his mother, Dolores Hammer, and his siblings: Madeline Anderson and her husband, Derick; Margaret Regan and her husband Clayton; Kelly Blackwell and her husband Clint; Matthew Hammer and his wife Joannie; Kevin Hammer and his wife April; and Mary Kemper and her husband Michael. He also leaves behind nephews and nieces: Richard Anderson, Robert Anderson, Katie Anderson, Cassidy Regan, Henry Blackwell, Georgia Blackwell, Brian Hammer, Eric Hammer, Peyton Butler, Aaron and Braelyn Hammer, Marin Kemper and Stella Kemper. Pat is also survived by his fiancée, Sheryl Spruell, with whom he looked forward to sharing many happy years together as well as his extended family and friends.

He is preceded in death by his father, Robert Hammer, and wife, Roslyn Hammer; grandparents, Paul and Margaret Kaelin of Fort Smith, Arkansas and Madeline Hammer of New York.