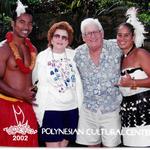 Raymond Lee Cuddy (01/06/1929-01/25/2021) And Mary Laferne Smith Cuddy (03/18/1930-01/30/2021) Raymond was born near Bonham, Texas, at what is now Bonham State Park, on a black land farm during the depression. He moved to Dallas, Texas, at a young age attending John Henry Brown Elementary School, graduating from Forest Avenue High School. He served in the Navy for 6 years, 2 during the Korean War. He served in Basic Training in San Diego, California. He served on the U.S.S. Boeing Strait based in Seattle, Washington. Later, he served on the U.S.S. Salem based in Boston, Massachusetts. He was a member of the IBEW Local No. 20 for 69 years, working as a Journeyman. He married Laferne on his first leave at San Diego on July 29, 1948. They were married over 71 years. He was active in the Indian Guides with his sons. He loved to fish and camp out. They travelled every where they wanted in retirement with their favorites being Alaska, Hawaii and the Caribbean. They were members of the First United Methodist Church of Midlothian. Laferne was born near Commerce, Texas, on a black land farm during the depression. She moved to Dallas at a young age attending W.E. Greiner Junior High School, graduating from Sunset High School. She worked at Skillerns and Page Drug Stores. She worked until she had children, then became a Stay-At-Home Mom. Her greatest joy was to raise her children. She was active in Blue Birds and Camp Fire Girls. She would take us on picnics, to zoos, museums and amusement parks. She loved going to the State Fair! She loved flowers and gardening. She collected cookbooks and recipes. She loved to cook, especially desserts! She, also, sewed well. She loved to travel. She travelled with her husband, sister-in-law and daughter every where she wanted to go. She also enjoyed travelling with the Laura Blackburn and Dan Dipert Bus Tours. She just had a great time! She, also, adored her grand children and great grand children. They are survived by: Children Daughter and Son-in Law: Janet & Eddie DeCoste Sons and Daughter-in-Laws: Michael and Adriana Cuddy Mark and Rhonda Cuddy Grand Children Grand Daughters and Husbands: Samantha and Kenneth Hall Mary Beth and Corey Cockman Jennifer and Nick Deckard Great Grand Children Great Grand Sons: Keaton Hall Declan Cockman Fox Deckard (Arriving Soon) Great Grand Daughters: Khloe Hall Kenzie Hall (Arriving Soon) Aunt: Ruby Jean Julian Fortenbury Sister: Delila Cuddy Cousins: Gwen Chandler Linda Chandler Hayes Memoriams should be sent to: Bristol Hospice Ministries Family has chosen to have private services.