To share your memory on the wall of Robert Nelson, sign in using one of the following options:

There are no events scheduled. You can still show your support by sending flowers directly to the family, or planting a memorial tree in memory of Robert Charles Nelson.
Plant a Tree

We encourage you to share your most beloved memories of Robert here, so that the family and other loved ones can always see it. You can upload cherished photographs, or share your favorite stories, and can even comment on those shared by others.

Posted Jan 24, 2021 at 12:00am
Uncle Robert, you will be missed very much! I remember you giving me quarters all the time when I was young so I could spend it at the store on candy. You were always laughing and telling us stories and jokes! Just like Uncle Vinus! I have always felt so special having such a loving family. You did so much for the family with the genealogy research. Thank you so very much for the hard work you did with that for our benefit. I remember you driving us around Cedar Hill showing us all of the street signs named for family members. You were always ready and willing to give big smiles and hugs! I have a lot of memories staying at your house with you and Aunt Jinx when we would visit. I would wake up to see you getting your coffee ready and going out to get the newspaper to read. I will miss you and I love you very much!! Donna
Comment Share
Share via:
KA

Posted Jan 11, 2021 at 12:00am
Uncle Robert we miss you and it’s hard to believe you are gone! I have a lot of good memories growing up with you! The camping treats with you and Aunt Jinx and the week every summer we spent at your house! I still remember you always would pretend like you were going to put us in this shed every time we drove past it! You always knew how to get a smile from us! Love you always!! Kim
Comment Share
Share via:
SP

Posted Jan 08, 2021 at 12:00am
SP Sherri Pollock 4 minutes ago Uncle Robert still hard to believe that you are gone. You will be missed always kidding around with us. Lots of happy memories growing up. I especially remember spending the night with you & Jinx when you lived in Irving. Smokey the cat like to attack our feet in bed! Lots of memories I will cherish. I will miss you! Love you very much :heart::heart:
Comment Share
Share via:
AN

Posted Jan 07, 2021 at 12:00am
I miss you so much. We loved you. I did not know November 27th when you came to Jettie's house to look over some Cooper papers would be the last time I would see you. We had so many good trips together, birthday get-together's of brothers and sisters and just any time we decided to get-together for no reason-this is how our loving family was. You were always the life of the party (also with all the kids). They loved you. Our genealogist is gone but not forgotten. We have no one to call now when we have a question about the family. Robert, we miss you and love you. (Virginia we love yo, too.)
Comment Share
Share via:
SW

Posted Dec 21, 2020 at 12:00am
Uncle Robert will be missed so much. I always enjoyed his many stories especially his being proud that his first grade teacher loved him so much she wanted to have him in her class for two years. He always made us cousins feel so special. At Christmas he and Aunt Jinx always gave us Lifesaver Boxes. I loved spending time with him and Aunt Jinx and will treasure the many memories we made including camping at the lake in the camper and making smores. I love you and will miss you Uncle Robert.
Comment Share
Share via: 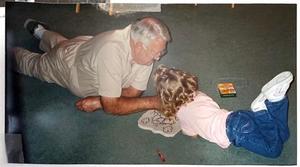 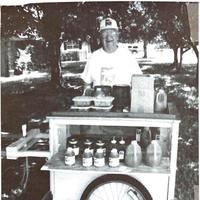