To share your memory on the wall of Roma Pegram, sign in using one of the following options:

To send flowers to the family or plant a tree in memory of Roma Jeline Allen Pegram, please visit our Heartfelt Sympathies Store.

We encourage you to share your most beloved memories of Roma here, so that the family and other loved ones can always see it. You can upload cherished photographs, or share your favorite stories, and can even comment on those shared by others.

Posted Dec 10, 2020 at 12:00am
Jeline welcomed me into the Allen Family very quickly as I started dating one of her favorite nieces, Patricia Munden! It was always a blessing and delight to visit Jeline and Milton! Many treasured memories! :pray::skin-tone-2: Ted Black
Comment Share
Share via:
HS

Posted Nov 17, 2020 at 12:00am
Dear Melissa and Family: Today you will celebrate your mother’s 102 year life. I am sure you will share many sweet memories of your times together. Take comfort in the wonderful care you were able to provide her. God bless! Patti Hartwig
Comment Share
Share via:
MM 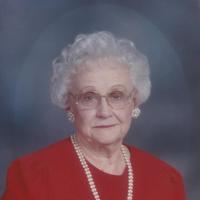