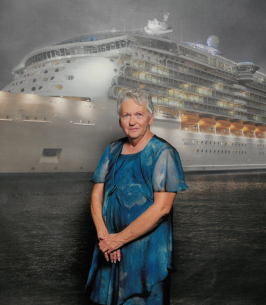 Heaven gained another Angel when Thelma Annette Jenkins left this Earth on April 26, 2022 in Midlothian, TX. She was 77 years old.

Annette was born on October 1, 1944 in Fort Worth, TX to parents John M Carpenter and Leona Lucille Carpenter. Annette graduated from Trimble Tech High School in 1962. She married her high school sweetheart, Bill Hileman Jr. In her earlier years, she worked in banking as a 10-key punch operator. She had 3 boys (Bill Hileman III, Kenneth Hileman and Jeffrey Hileman). During her second marriage, she gained 2 more boys (Johnny Jenkins and Jay Jenkins). Later she worked for Sabre as a secretary until she retired in 2008. During her retirement, she was a member of Midlothian Order of the Eastern Star (OES) and Nash OES.

Annette was a loving mother, grandmother, and great-grandmother. Annette was an excellent listener; everyone would call her to talk to. She was the rock and confidant of the family. Family and friends were most important to her. If it was your birthday, you could expect Annette to call you and sing Happy Birthday to you. In the evenings, you would find her sitting on her best friend of 37 years, Adele Malone’s back porch chatting and enjoying the outside. Annette enjoyed traveling and experiencing new places on a free ride as she was loved by friends and family.