To share your memory on the wall of William \"Bill\" Brashears, sign in using one of the following options:

Upon graduation from Harlandale High School in 1959, he went on to attend Texas A&M University in College Station, Texas. Bill was quarterback on the freshman football team and ran track and cross country. Bill eventually became more involved in the Corps and less in athletics. He became a member of the Ross Volunteers, which is a special honor guard to the Governor of the State of Texas. During his junior year he became a member of Corps Staff. He was also a yell leader and was head yell leader his senior year.

Bill met Annette his junior year and they were married in June, 1963, after he graduated from A&M. He accepted a commission with the United States Army and they moved to Fort Benning Georgia for basic training. He was then assigned to Fort Polk, LA, to train troops that were headed to Vietnam. After serving in the army 2 years, he served in the Army Reserves for several years and attained the rank of Captain. He and Annette returned to Texas where Bill pursued a career as a stockbroker and financial planner. They lived in the south Dallas area and in 1973 moved to Midlothian, TX, where they lived out their lives.

Bill served as a board member and board president of the Bill Glass Evangelistic Association, as board member and board president of Manna House of Midlothian, on the board of Truth Encounter, and on the board of directors for 1st National Bank of Midlothian (now Citizens Bank). He served as president of the American Paint Horse Association, was a member of the President’s Club as top producer for numerous firms, and was a member of the Texas A&M 12th Man Foundation.

Bill had been a resident of the Midlothian Healthcare Center for 4 years. He claimed it as his mission field. Being in a nursing facility can really take a toll on many, but Bill constantly had a positive attitude and always looked for any opportunity to share the Gospel. He was deeply concerned for the other residents and the staff members. He made it possible to have a wonderful event at the center that included speakers like College All American and NFL player, Bill Glass, and a performance by the famous ball handler, Tanya Crevier, with his chosen team members there to share the gospel with the residents and staff after the event. Two years in a row Bill was voted King of the Year on Valentine’s Day by the staff. It seems everyone in the building truly loved and cared for Bill.

Bill was preceded in death by his parents, William S. Brashears and Rowena Brashears, his beloved wife, Annette, his son, William Brent Brashears, sister-in-law, Janice Flynn, and brother-in-law, Patrick Flynn.
He is survived by his son, William Brannon Brashears, his brother, Gerald Brashears and his wife, Robyn, sister-in-law, Debbie Brooks and her husband Jerry. Grandchildren Joey, Jeremy, Joshua, Bostyn and Britysh. Numerous nieces, nephews, great-grandchildren, great nieces, great nephews and many other family members.
The family would like to thank the nurses and aides, office, kitchen, laundry, rehab and maintenance staff, and everyone at Midlothian Healthcare Center for the love and care they showed to Bill over the last 4 years. A special thank you to Josh Overstreet, who was not only a caregiver, but a friend to Bill and was there along with many others as he left his earthly home. Thank you to Bobby (Bill’s roommate) and Juanita Bynum for being such great caring friends over the last 4 years. Thank you to the staff of Hospice Plus as well.
In lieu of flowers, donations can be made to Manna House of Midlothian or Bill Glass Association in Duncanville.
Read Less

To send flowers to the family or plant a tree in memory of William "Bill" Hjalmar Brashears, please visit our Heartfelt Sympathies Store.

We encourage you to share your most beloved memories of William "Bill" here, so that the family and other loved ones can always see it. You can upload cherished photographs, or share your favorite stories, and can even comment on those shared by others.

Posted Jun 20, 2021 at 12:52am
My dad and I recently met Mr. Brashears at Midlothian Health Care where my dad was recently admitted and was fortunate enough to be Mr. Brashears roommate. He and my dad enjoyed talking to each other and the three of us had some good conversations. We had some good talks about GOD and how wonderful it is to have him in our lives and the promise of eternal life. My dad is still in the same room and we think of Mr. Brashears often and we are both glad we got to know him and spend sometime getting to know him. Prayers to his family friends and thanks for sharing him with us. We are also very Happy with Midlothian Health care as well. 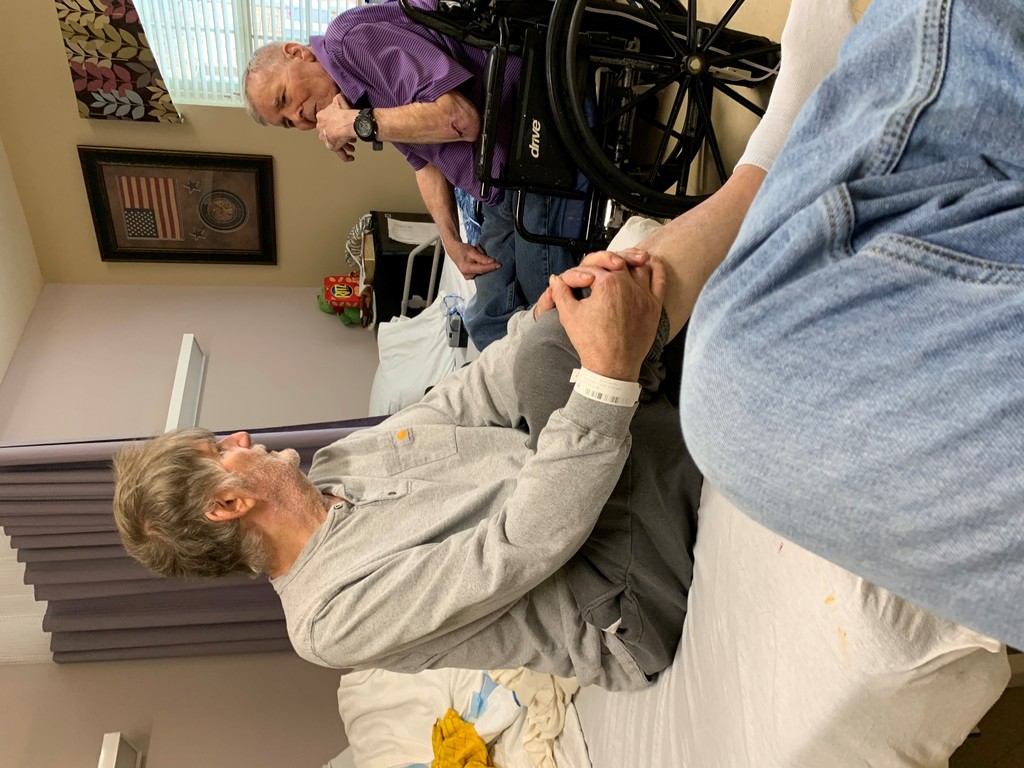 Posted Jun 11, 2021 at 01:47pm
As you grieve know that we are remembering you and honoring the memory of "William "Bill" Brashears".

Flowers were purchased for the family of William "Bill" Brashears. Send Flowers 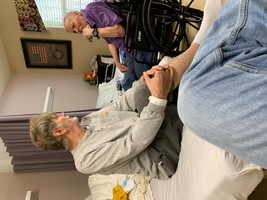