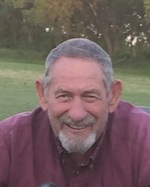 William Erwin “Bill” Fryman was born on Ottery Creek in Iron County, Missouri on October 4, 1936. He is also known as “Jack”, a nickname that stuck from birth, because his grandfather said that he was about the size of a jackrabbit! Bill entered into eternal rest on December 6, 2021, having reached the age of 85 years and two months. Bill was preceded in passing by his parents, Samuel and Beulah Black Fryman, and his two older brothers, Edwin in 2006 and Elwin in 2016. He leaves the following to mourn his passing: his loving wife, Deena Kerr Fryman, whom he married July 1, 1987, and his devoted children, son Gregory Thomas Fryman of Grand Prairie, daughter Jennifer Allison Fryman of Kemp, son Rhett Lax and family of Midland, son Jered Lax and family of Glenn Heights, sister Delores and husband Norm Williams of Chesterfield, Missouri, brother Jerry and wife Pam Fryman of St. Louis, and sister Karen Sue Fortner of Tampa, Florida, as well as his sisters-in-law, brother-in-law and family, several nieces and nephews and their families, seven grandchildren who loved Papa very much: Jacob, Haley, Tenneson, Christian, Kayson, Emmie and Asher, many lifetime and more recently gained friends, and his special caretaker, Brenda Doster, who lovingly helped care for him the last two years following his strokes.

Growing up in the Ozark Mountains south of Saint Louis, Bill became a well respected, admired and much loved guy who happened to be an exceptional basketball player. So good, in fact, that a few years after setting many high school scoring records, and doing a short stint in the Army as a sharp-shooter, he was blessed with a four-year scholarship to play basketball for Sul Ross State University in Alpine, Texas. Graduating with honors in 1966, he still holds a couple of scoring and rebounding records in the Lone Star Conference. In 1971, Bill and a neighbor started striping parking lots on the weekends, and on September 3, 1973, Bill established Superior Striping Service. Many said he painted the straightest Fire Lane they had ever seen. The company grew over the years and remains family owned. Both Greg and Jered followed in their dad’s footsteps, upholding his high standards of quality and integrity.

There are so many other things that could be said… Bill was an avid hunter, enjoyed fishing, loved all sports, coached Little League for many years, loved and cared for countless animals, many dogs and cats and even a few raccoons. He was an awesome husband, dad, brother, friend, neighbor and employer. He was selfless, kind, compassionate, generous, always willing to help, and respected everyone. He will be dearly missed and held close to our hearts forever.

To send flowers to the family or plant a tree in memory of William Erwin ""Bill"" Fryman, please visit our Heartfelt Sympathies Store.