To share your memory on the wall of William Major, sign in using one of the following options:

To send flowers to the family or plant a tree in memory of William Glen "Bill" Major, please visit our Heartfelt Sympathies Store.

We encourage you to share your most beloved memories of William here, so that the family and other loved ones can always see it. You can upload cherished photographs, or share your favorite stories, and can even comment on those shared by others.

Posted Feb 02, 2021 at 12:00am
Bill, a diehard listener of the KBEC flea market, the kindest man I ever met, could fix anything mechanical could keep Tom ed Burleson busy for hours while the rest of us got work done. Bill was a true gentleman. Heaven has another angel today!
Comment Share
Share via:
HB

Posted Jan 30, 2021 at 12:00am
I had a 1955 Chevy Belair 2 door hardtop. Bill built me some headers. I remember he had a Blue car that was really fast. I can’t remember if it was a Ford or Chevy. I also raced at Green Valley. Bill was the go to guy if you needed a mechanic. I was from Red Oak, Tx. Bill was a great man and he will be missed....:pray::skin-tone-2:
Comment Share
Share via:
MH

Posted Jan 29, 2021 at 12:00am
One of my favorite memories of Bill is how Uncle Roby bought him an old car to fix up and he drove it to Venus to our grandparents house. All of the kids that were there piled into the old car and Bill took us for a ride around Venus. He wasn't even old enough to have a drivers license. Will always miss you Bill. Hazel Scoggins
Comment Share
Share via: 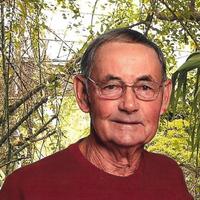