To share your memory on the wall of Mary Cuddy, sign in using one of the following options:

Family has chosen to have private services.
Read Less

There are no events scheduled. You can still show your support by sending flowers directly to the family, or planting a memorial tree in memory of Mary Laferne Cuddy (Smith).
Plant a Tree

We encourage you to share your most beloved memories of Mary here, so that the family and other loved ones can always see it. You can upload cherished photographs, or share your favorite stories, and can even comment on those shared by others.

Posted Feb 22, 2021 at 03:49pm
We met the Cuddy's when they and we exercised at the Methodist Church. We visited them a few times in their home and we would see them occasionally at the grocery store. I wish I had known she had worked at Skillern's and Page Drugs. Both those places were significant to my childhood. We thought so much of them and pray for comfort over the loved ones they leave behind. God rest your souls, Ray & Laferne....Mary & Dwaine
Comment Share
Share via:
AW

Posted Feb 22, 2021 at 03:48pm
I can remember holidays when we were home visiting going to their house for Christmas Eve dinner. It was always a warm and loving environment. I will truly miss them and pray for all our family and friends that they can rest knowing they are together in Heaven, rejoicing in his love.
Comment Share
Share via: 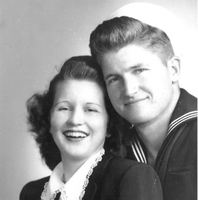