To share your memory on the wall of Fred Sramek, sign in using one of the following options:

To send flowers to the family or plant a tree in memory of Fred Joe Sramek, please visit our Heartfelt Sympathies Store.

We encourage you to share your most beloved memories of Fred here, so that the family and other loved ones can always see it. You can upload cherished photographs, or share your favorite stories, and can even comment on those shared by others.

Posted Feb 05, 2021 at 12:00am
John & Cassie Wetzel and Family purchased the Simply Elegant Spathiphyllum for the family of Fred Joe Sramek.
Comment Share
Share via:
JW

Posted Feb 05, 2021 at 12:00am
A lot of childhood memories are with the Sramek family. Fred was a big man who I looked up to and wanted to grow up to be like him "cool". He had the patients to work with me till I was able to water ski, and to use a clutch on a MC. To this day I give Fred the reason I love the passion of two wheels and lake life that I have passed it on to my own family. I never cross over lake Bardwell without telling the story of how I learned to ski on it by a great man. My heart and prayers are with the Sramek family during this time of such a great man.
Comment Share
Share via:
MH 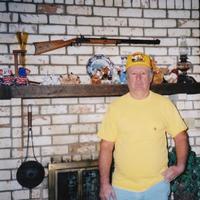