To share your memory on the wall of Jan Artkop, sign in using one of the following options:

He is proceeded in death by his father, Zygmont, his mother Irene and sister Elizabeth (Betty) Artkop Jackson.

A funeral Mass is planned for April 10th at St. Joseph Catholic Church in Waxahachie, with interment in Lewiston, Michigan.
Read Less

To send flowers to the family or plant a tree in memory of Jan Stanley Artkop, please visit our Heartfelt Sympathies Store.

We encourage you to share your most beloved memories of Jan here, so that the family and other loved ones can always see it. You can upload cherished photographs, or share your favorite stories, and can even comment on those shared by others.

Posted Feb 10, 2021 at 12:00am
It seems like I knew Jan a lifetime. It was quite a few years ago that a precious lady, by the name of Ann Artkop, hired me to work as a home health care nurse with her team. She was quite a woman, great boss and a mentor in nursing for all of us there. One other special thing about this job is we were literally ALL FAMILY. She introduced us to Greg and their 3 children and Jan! He would come to work with her often and oh did we have a wonderful time with him. Thank you Ann and Greg for sharing a special guy with us. He was precious. I loved him and will miss him. My prayers go out to all of you and your family, and will continue. Love all of you and yours,
Comment Share
Share via:
BD 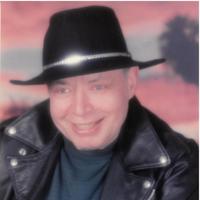